a game by John, Fiona, Lauren, Megan, and worblir for the College Game Jam.

Greetings Colleague! Welcome to Project: Catalyst, an experiment in which you will help me combine these unstable elements into a compound. My tether gun can connect these elements, and once you connect them in the recipes specified by the list on the right, we will move onto our next set! If you mess up, you can right-click your mouse to shoot an anti-tether to disconnect all tethers from the element hit by the end of the tether gun.  Don’t get hit, and good luck out there!

Some additional environment 3D models used were made by Google's 'Poly by Google' user account on Google Poly. However, Google Poly will be shutting down on June 30, 2021 (RIP), so this link may be broken soon (Google's Account on 'Google Poly' Link). 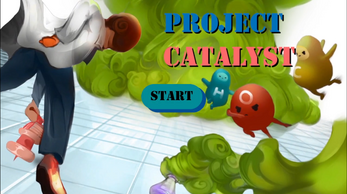 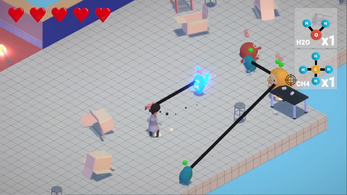 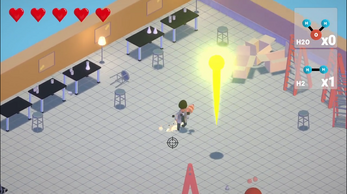 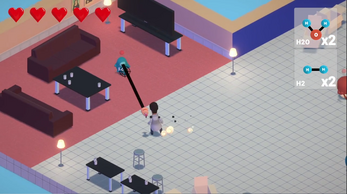